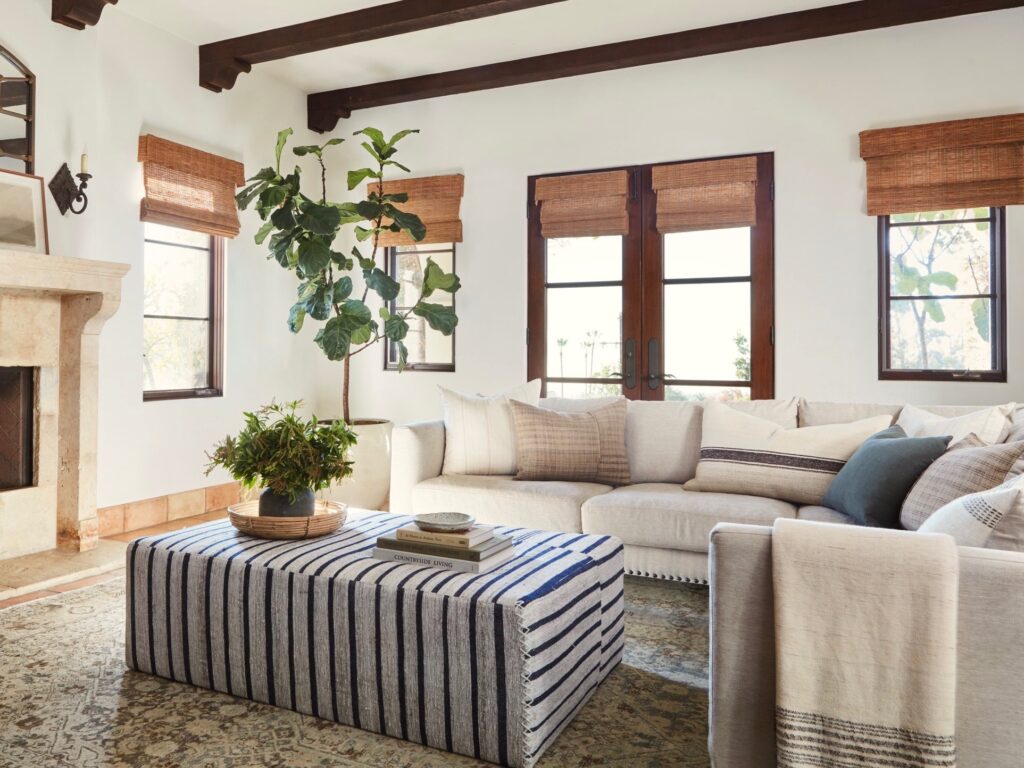 Your space matters. However, outstanding interior design does not start with space—it begins with the individuals who will use and enjoy it.

People may think that Hanna Li Interiors only makes places look nice. While that is a significant part of what we do, we are also experts in design analytics, schematics, foundations, and building partnerships! From custom homes to carriage houses and commercial spaces, we’re eager to work collaboratively with you to bring your ideas to life.

We use an effective and efficient design flow when collaborating with various spaces and people. Here’s a quick rundown of the procedure when working with our expert interior designers. Depending on the project, the flow will be tailored to your requirements and a positive user experience. Every stage will guarantee design integrity, timeline, budget efficiencies, and a positive user experience.

During our consultation, we’ll develop a detailed design brief to establish your needs and desires and the overall style for ofr new place. If you have images online, we’ll review them and discuss how we can incorporate what you like. We’ll also evaluate the site location to determine grades and sun angles and discuss timelines and budgets.

During this stage, we will initiate preparatory discussions with the local authority and ensure that the design of your home complies with standard building code practices. We’ll start to prepare floor plan options for your review, considering room sizes, room types, window placement, and the overall flow of your home.

Once the floor plan is approved, we will decide on the exterior and interior finishes, provide exterior elevations, choose door/window placement, roof lines, etc. This time, the interior details are also starting to come together. We’ll review stair placement, millwork, bathrooms, kitchen layout, etc. Furthermore, we will prepare primary interior elevations to display details such as tile installation, lighting locations, and cabinetry design.

Here are the following finishes we will also consider:

Our team will ensure that the Architectural and design drawing specs are finalized during this phase to guarantee design integrity throughout your project. Building sections and elevations, the site plan, floor plans, millwork plan, window schedule, finish plan, interior elevations, and reflected ceiling plan with lighting locations may be included in the package.

The exterior and interior specifications— which detail all of the finishes, materials, and installation methods—will also be covered. These documents must ensure that construction companies and trades can provide reasonable bids. When dealing with a bank, they frequently request such records for lending.

We have established connections with many builders and contractors who can participate in the project tender. We’ll guide you through this thrilling procedure by scheduling on-site meetings with them. This way, you can discuss with them and ask questions about your project.

Our team will follow the entire design process from start to finish to assure our clients that you get the space you want, need, and have dreamed about!

Here at Hanna Li Interiors, we use a holistic design approach to produce a unique and distinct space that reflects your personal needs. Our group of professional interior designers will help you achieve that while considering the best design principles and the environment.

We enjoy doing custom-made residential designs because we know that the best design is one that meets your specific needs. We will ensure that the outcome will significantly impact your life.

If you want to achieve that, call us today.

San Marino is located in the San Gabriel Valley of Los Angeles County, California. As of the 2010 census, the population was 13,147. It is one of the wealthiest cities in the United States with a median household income of more than $200,000. San Marino is home to the Huntington Library and Botanical Gardens.

San Marino is an affluent city in Los Angeles County, California, United States. As of the 2010 census, the population was 13,147. San Marino is one of the wealthiest places in the United States with a median household income of more than $200,000. It is located in the San Gabriel Valley of Los Angeles County. The city is home to the Huntington Library and Botanical Gardens.

According to the 2010 census, the population of San Marino, CA was 13,147. The median age was 44.8 years old, and the median household income was $106,283. The vast majority of residents (88.3%) are of Asian descent, with the next largest group being White (5.8%). Other demographics include Hispanic or Latino (2.9%), African American (0.4%), and Native American (0.1%). There are also a small number of residents who are Pacific Islander (0.1%) or of other descent (2.6%). The city has a relatively high education level, with nearly three-quarters of residents (74.1%) having at least a bachelor’s degree. Additionally, San Marino is home to many professionals, including doctors, lawyers, and business owners. As a result of its affluence and educated population, San Marino is often considered one of the best places to live in California.

Set atop a stunning mountain vista, the historic city of San Marino offers visitors a glimpse into the past while also providing plenty of opportunities for modern-day exploration. Known for its well-preserved architecture and beautiful gardens, San Marino is a popular destination for tourists from all over the world. The city is home to several significant historical landmarks, including the Huntington Library and the Huntington Museum of Art. Visitors can also explore the grounds of the California Institute of Technology, or take a leisurely stroll through Lacy Park. With its rich history and abundance of things to see and do, it’s no wonder that San Marino is such a popular tourist destination.

San Marino is an affluent city and is ranked as one of the best places to live in California. The cost of living is high, but the quality of life is also excellent. The city has good schools, safe neighborhoods, and a variety of things to do. If you are looking for a city with a small-town feel, good schools, and a safe environment, then San Marino is the place for you.