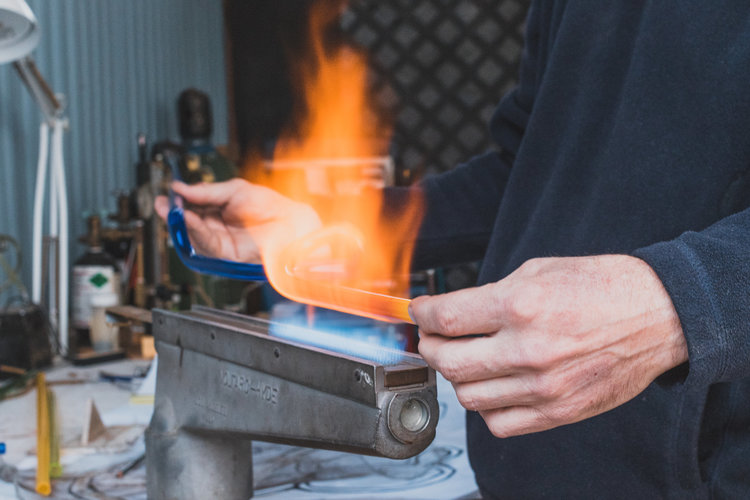 The rain was really coming down that day in Los Angeles. “We have to be careful, because one little drop…will crack the glass,” was the first thing Paul Bostrand said to me as he fired up the ribbon burner in his outdoor workshop to show me how he makes neon signs for everyone from Disney, to Jesse James, to Hanna Li Interiors. Tucked deep into Woodland Hills, near Malibu, you would never guess that one of the best Neon Artists in the world set up his workshop here.

Not only is Paul considered one of the best, but he really is a true artist. I’m not talking about the mustachioed, rolls-their-pants-up-to-show-their-ankles, graffiti-made-in-Photoshop-after-watching-a-YouTube-tutorial “artist” who sips an over-sugary cold-brew in a big chain coffee shop that you find in Silver Lake. I’m talking about the kind who generally keeps to himself, constantly practices his craft in a well-used workshop, and has big and wonderful ideas that probably seem a little crazy to the uninitiated. 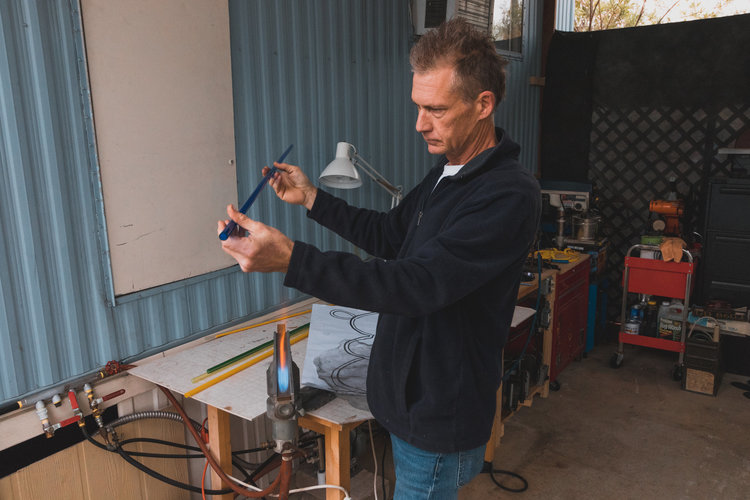 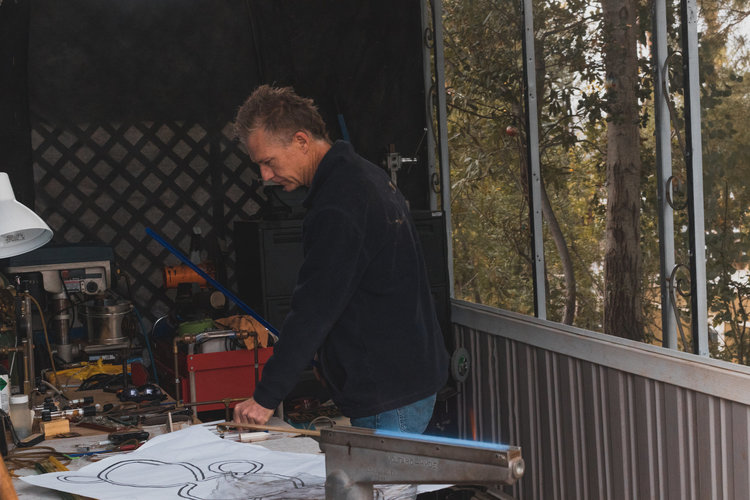 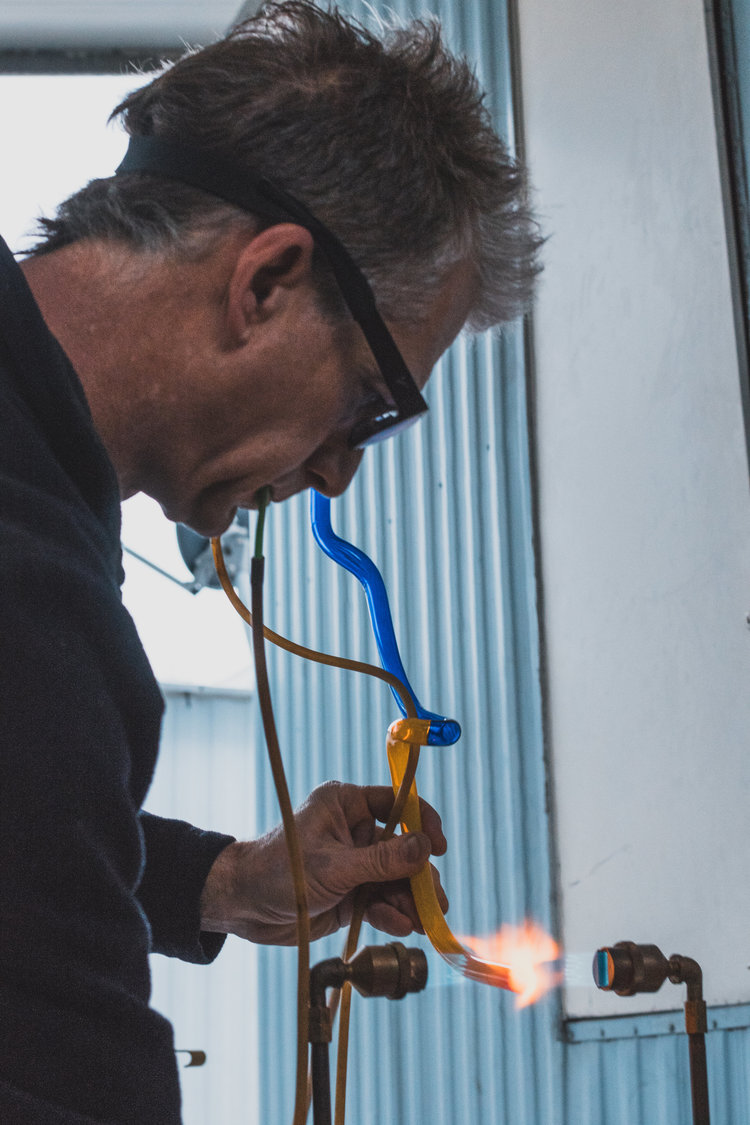 Paul fills me in on his views of life and neon, as I watch him bend, twist, shape, and merge different glass tubes. He’s one of the only Neon Artists who use the old school, Amber tubes – so he can get that really classic look. Did I mention some of his tubes are made with Uranium and glow in a black light? Or that he is working on a Neon sign of an Ancient Egyptian Fertility God? There is just too much to mention. Paul is the real deal.

Paul is a third generation Neon sign Maker. His Grandfather came to America in the early 1900s from Sweden, and setting up shop, began making glassware for Dairy Farms. By the 1920s, Neon had burst upon the world, and his grandfather was one of the first glassmakers to take it on, quickly establishing himself as one of the premiere Neon Sign Makers in the United States. Paul’s father continued the business, and Paul keeps it going to this day. Why? “It’s in my DNA,” he proudly proclaims.

So how the heck are Neon signs made, anyways? Very carefully. Like most art, it’s fairly straight-forward, but difficult to pull off with any degree of competence. Glass tubes are heated, then bent into the desired shape, usually using a plan of some kind. In some of the pictures, you can see a tube in his mouth, this is to blow into to keep the glass tube at a certain diameter after you fold it. When it’s all bent up, a machine is used to remove most of the air in the tubes, high voltage is then applied to vaporize any impurities within the tube. The sign is then filled with inert neon gas. Then when an electric current flows through the gas, it makes the atoms glow. You can be as obnoxious, or as subtle as you want with the signage and how brightly it glows, (it’s also very energy efficient, my green compadres). 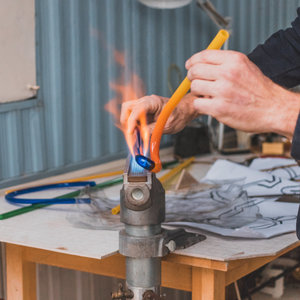 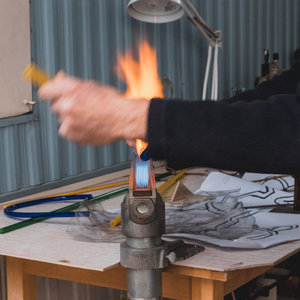 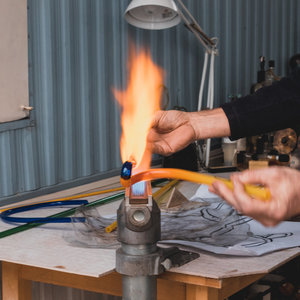 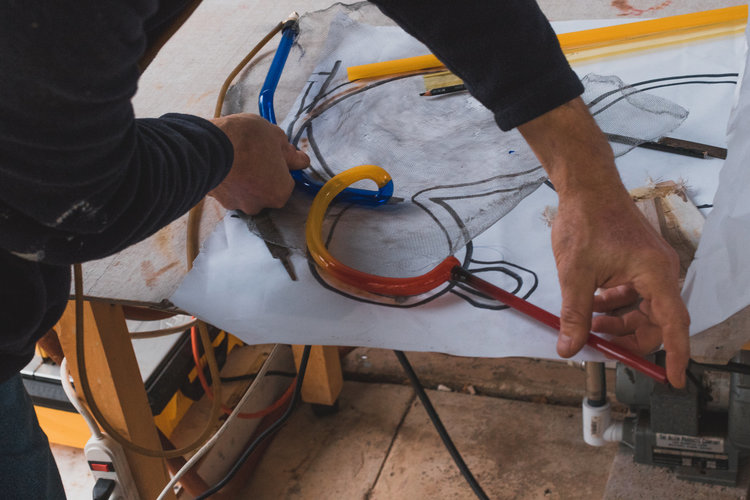 It was time to go inside when the rain really picked up. We talked for a while longer about large format film photography, Kodachrome, slide film, and polaroids. As I stepped out the door and said goodbye, the last thing he told me was: “Stay away from words. Make cool art.” I realize my hypocrisy in highlighting that phrase at the end of a long article that I have written, but I do have an editor to appease. I just want you, dear reader, to know that I know. I also wish I could have just ended on that line, so let’s do it again:

As I stepped out the door, the last thing he told me was: “Stay away from words. Make cool art.” You can see more of Paul’s work, including completed projects, on his instagram at @aceneon1.

To read more of our design content, please visit our Journal Page.