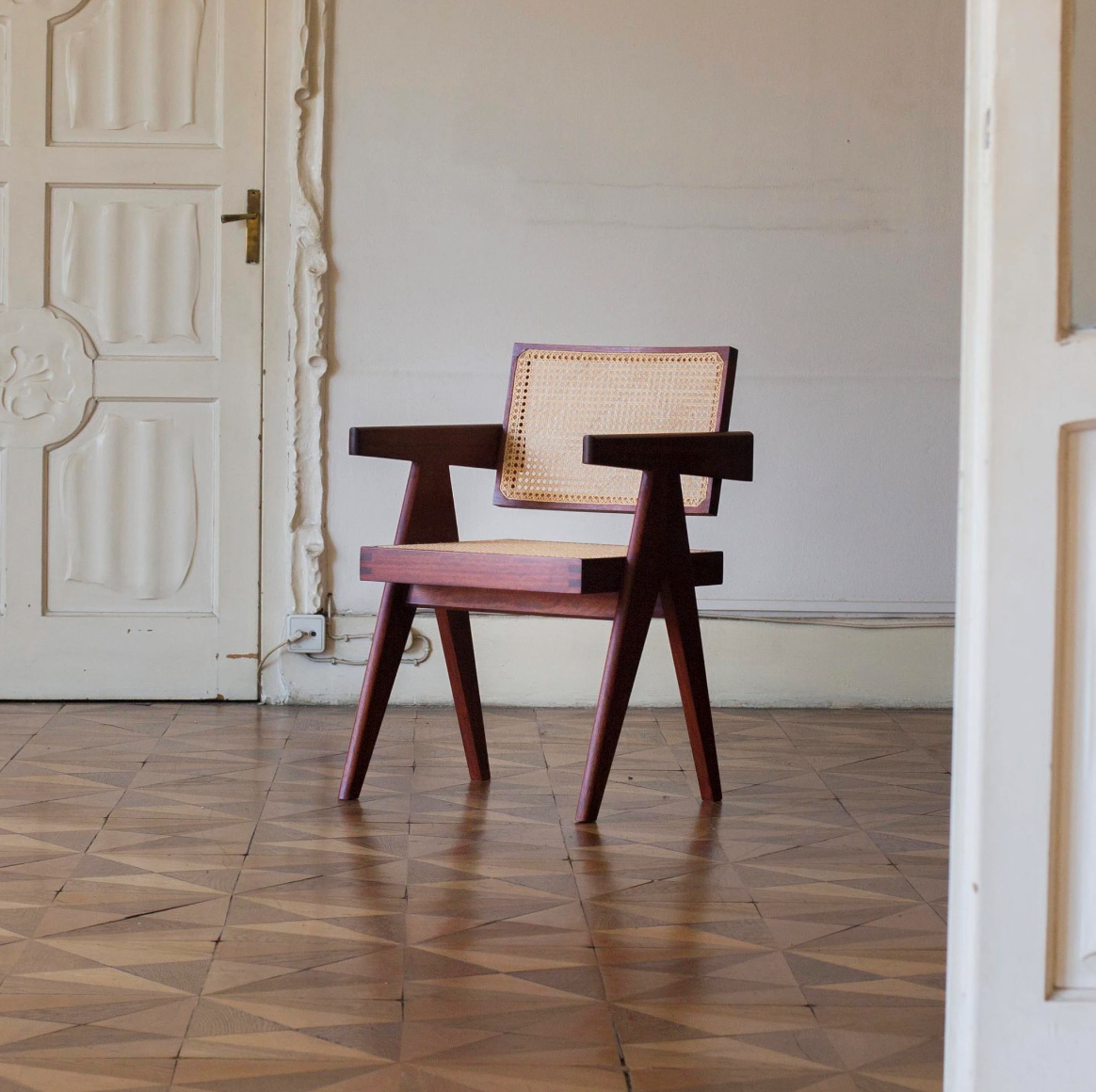 By now, everyone has seen and sought the look of the ubiquitous Jeanneret teak and cane chair. Its clean lines and understated style make it a versatile piece in any space, while giving enough of a hint of worldly flavor that suggests to others you’re a seasoned traveler who has tastefully accented your home with ~culture~. Few, however, are familiar with the humble beginnings of this chair that now graces the refined homes of celebrities and avid furniture aficionados.

Allow me to set the scene for you – it’s an unbearably humid afternoon during monsoon season in Chandiragh, India circa the 1950s. A diverse group of distinguished men are huddled around a table, sketching elaborate design plans and discussing their grand vision for the future of a new capital city. Among this group is the legendary architect Le Corbusier and his cousin Pierre Jeanneret who have excitedly taken on the mission of constructing a utopian city as a symbol of ushering in modernity following the exit of British colonizers in India. 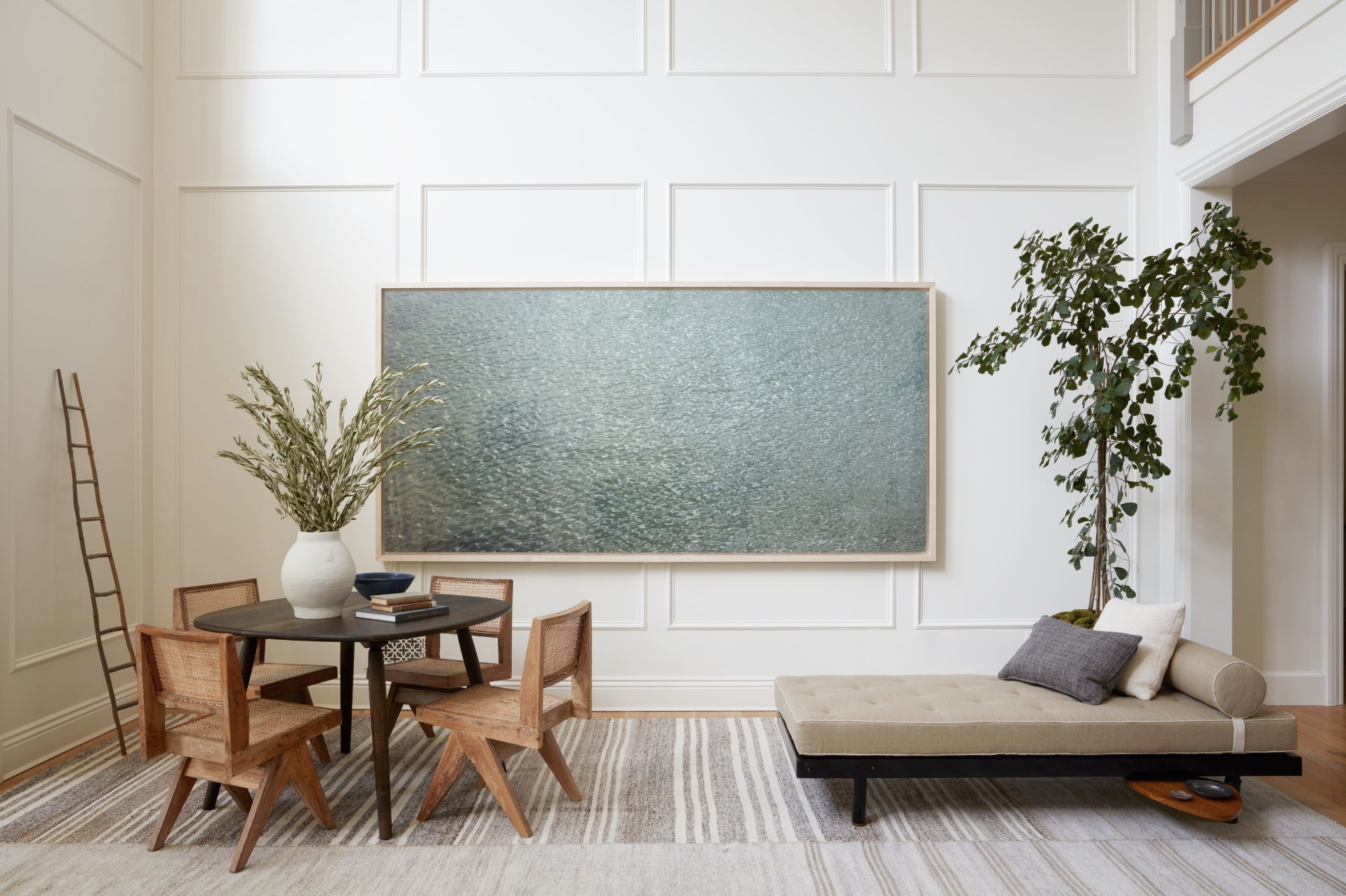 Beyond the immediate architectural challenges, surviving Chandiragh’s tropical climate proved to be quite the task for this team of imported Swiss and French designers. As a means of addressing such pains, the now iconic chair was born from humidity- and bug-resistant Burmese teak and breathable rattan cane. It was meant to serve as a furniture piece for the masses, produced by the thousands quickly and affordably. 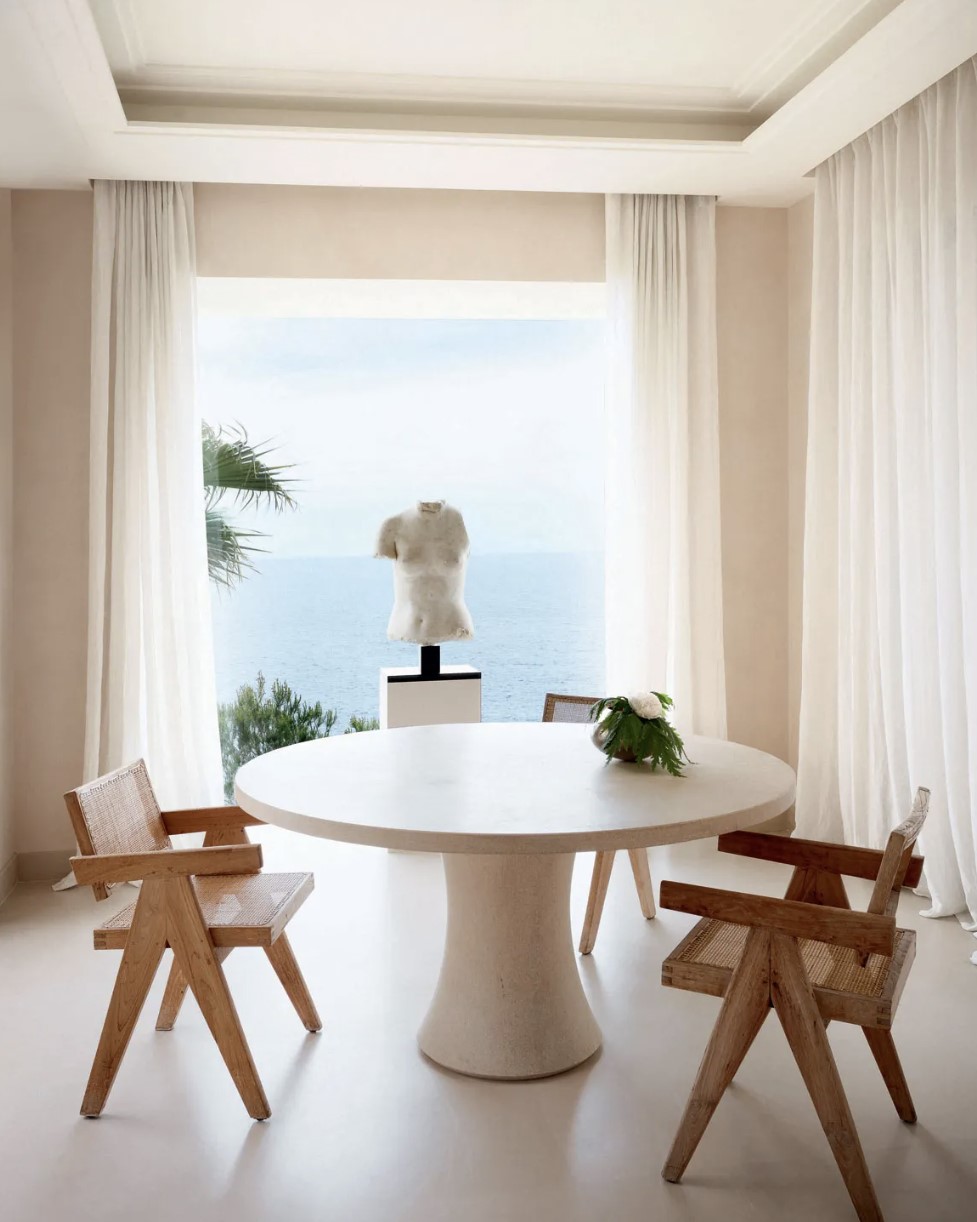 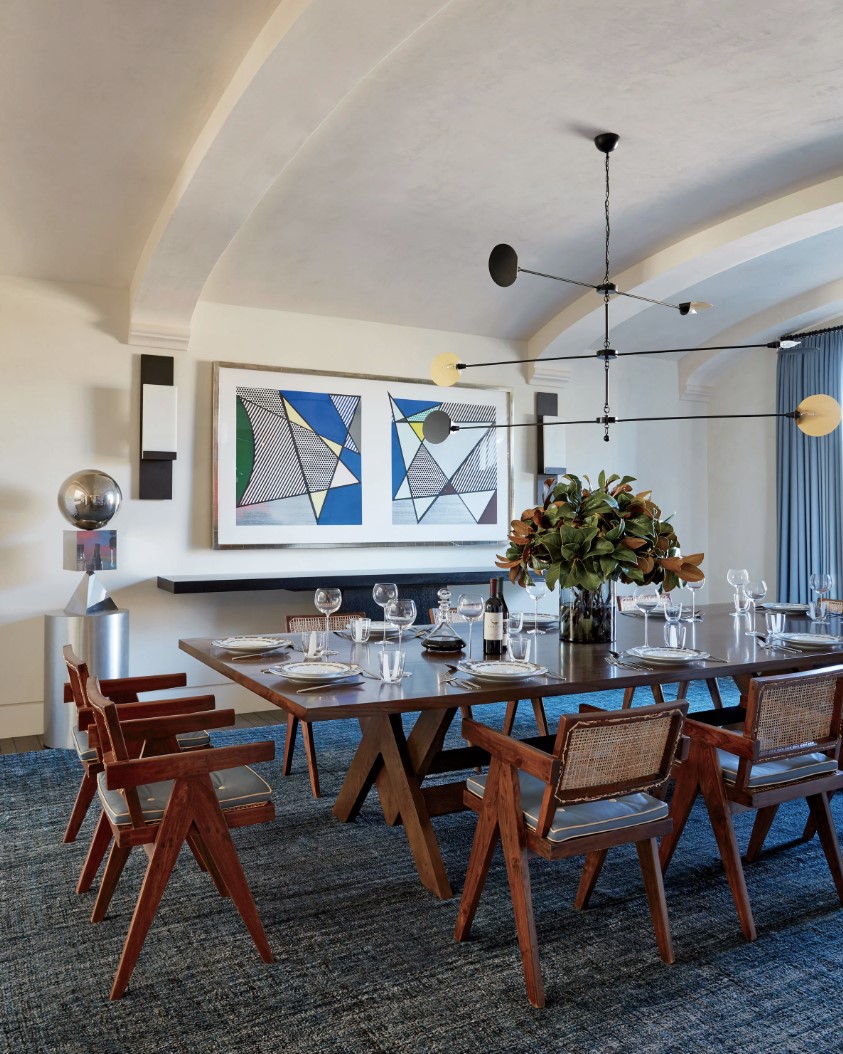 As the project was eventually discarded, so were the Jeanneret chairs by locals, until they were rediscovered many decades later by visiting dealers who saw one country’s trash as their own treasure. Piles of the wooden “scrap” were snapped up often for a mere few rupees, and these old relics were lovingly and expensively restored before later being presented to the international design community at large. It is here that they came into public awareness once more and became celebrated by the likes of legendary Belgian designer Axel Vervoordt and in extension, the entire Kardashian clan. And that my friends, is the wild journey of how a utilitarian chair intended for civil servants in the 1950s was birthed, buried, and resurrected into the ultimate artist’s “it chair” and of course, ultimately why you want one too.

To read more of our design content, please visit our Journal Page. 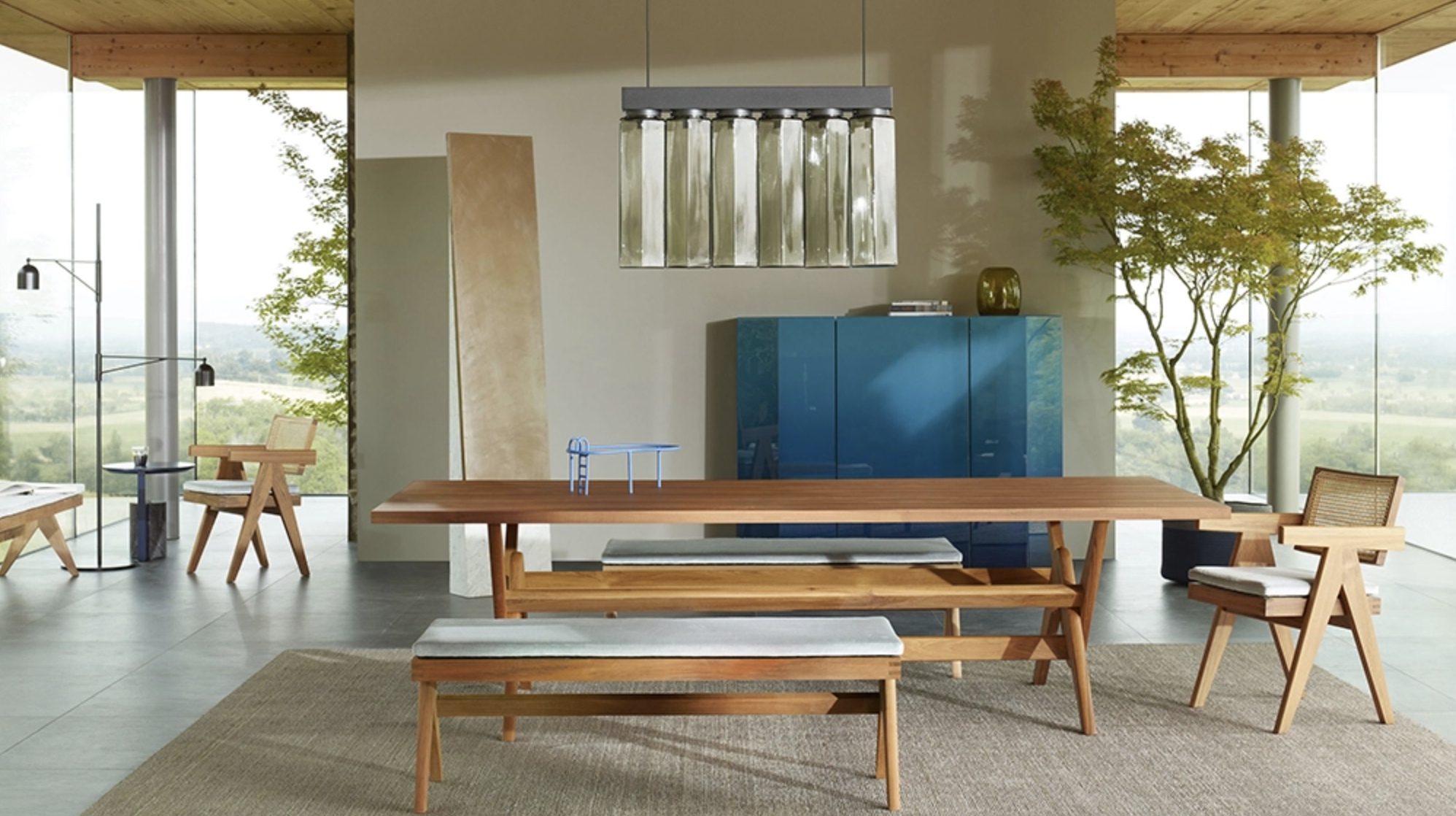